Harmony LaBeff, grandson of rockabilly icon Sleepy LaBeff, couldn’t escape his name and destiny even if he wanted to. An invasive spinal fusion in the 8th grade had doctors telling him that he "needed to find a job using his brain, not his body”. So his father, also a musician named Harmony, taught him to play guitar. The rock and roll lifestyle had wreaked havoc on young Harmony’s family and childhood so he set out to forge a better path— one that called people higher.

Amaryah LaBeff, daughter of a fiery preacher, served alongside her parents at prison ministries, homeless shelters and social programs in inner city projects. This unconventional experience equipped her to write about those who are left behind, down & out and searching for hope.

Both Harmony and Amaryah write songs about struggles they have known too well (dreams deferred, depression, addiction) and the things that have brought them through (joy, hope, peace, forgiveness, and reconciliation). The Scattergoods have a long history of making music together. At first, they were just friends— two separate solo acts— sharing stages in the Minneapolis music scene. Then they moved to Chicago, married, started an indie-rock band. When the bandmates parted ways, the pair decided to finally form the musical duo that their fans had predicted for years. Their purpose is to encourage others to Scatter Good!

The Scattergoods have a proclivity for local haunts, mom & pop shops and off-the-beaten-path adventures. Their 2 boys are often along for the ride, playing percussion and singing along. 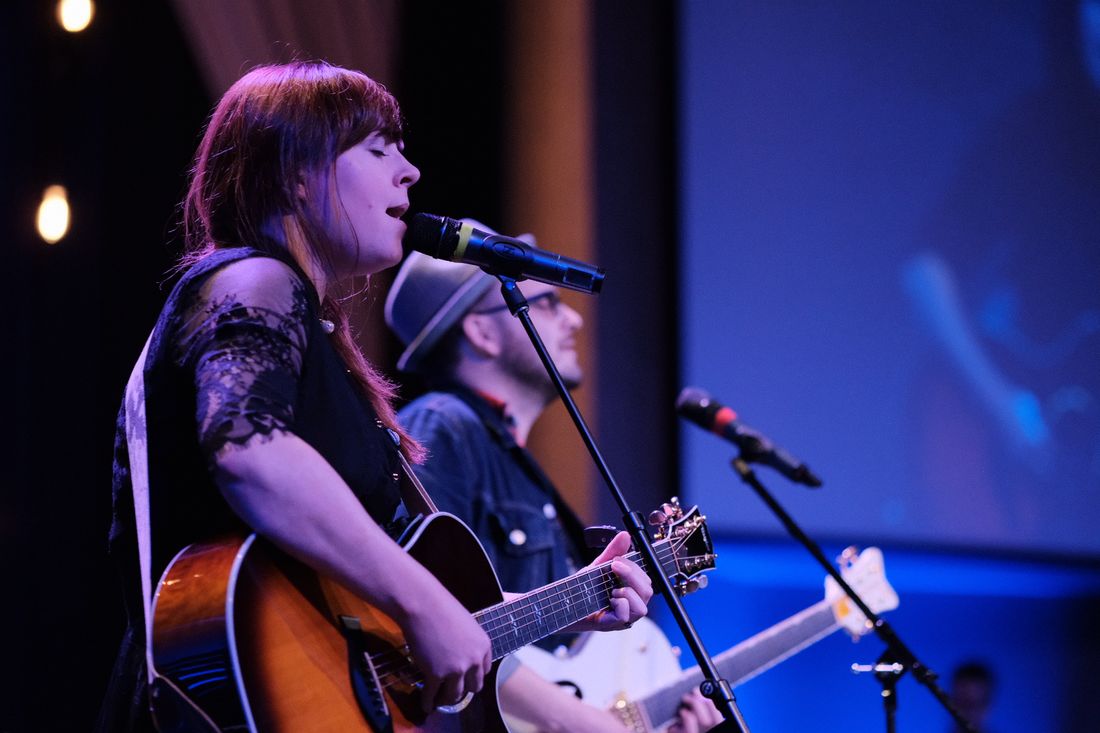